CBS News recently revealed, through a report, that a new malaria vaccine could be available soon. The new immunizer, according to the CBS News report, proved, through tests, to be highly effective. The news, obviously, is considered by science as a sign of hope, after all, malaria today is one of the deadliest diseases in the world – as difficult to be controlled as the new coronavirus. 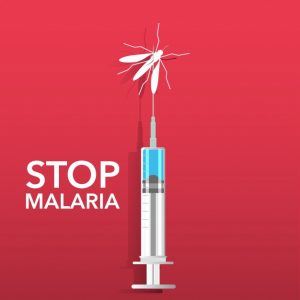 Data from the World Health Organization (WHO) show that the disease affects about 230 million people annually and kills about 400,000, most of them children under the age of five. “The new tests showed very exciting results. We have seen unprecedented levels of efficacy in a vaccine that has been well accepted in our trial program,” said Halidou Tinto, director of the Health Sciences Research Institute and principal investigator of the trial, in a statement released by the University of Oxford, England.

As exposed by the CBS News report, the new vaccine, entitled as R21 / Matrix-M, was developed by the Jenner Institute, belonging to the University of Oxford. The scientists who developed the immunizer are the same ones who produced the coronavirus vaccine, which is now distributed by the pharmaceutical company AstraZeneca. In the recent trial, the malaria immunizer showed up to 77% efficacy in Phase II trials.

About 450 children from Burkina Faso – an African country –, aged between five months and two years, participated in the tests. The process took a total of 12 months. Participants were divided into three groups. The first group received a high dose of the vaccine, the second a low dose and the third group received a dose of the rabies vaccine as a placebo. 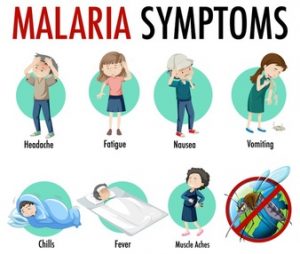 Researchers involved in the production of the immunizer reported an efficacy of 71% in the low-dose group and 77% in the high-dose group – in the meantime, R21 / Matrix-M becomes the first vaccine against malaria to meet the goal of the World Health Organization. For the agency, the immunizing agents currently produced must be at least 75% effective.

To produce the R21 / Matrix-M, researchers at the Jenner Institute worked in collaboration with scientists at the Serum Institute of India and Maryland-based vaccine maker Novavax. To ensure the efficiency of the new immunizer, researchers need to carry out a new round of tests. Scientists are currently recruiting volunteers for Phase III trials.

According to information contained in the report released by CBS News, the researchers’ objective is to recruit 4,800 children, aged between five months and three years, in four African countries.

“We are looking forward to promoting the next trial, Phase III. With it, we can safely demonstrate the effectiveness of an immunizing agent that, in the future, will be used on a large scale not only in Africa but also in several other countries”, explained Tinto in an interview with CBS News.

“Malaria is one of the main causes of child mortality in Africa. These data show that licensing a new malaria vaccine is more than helpful. Fortunately, this can happen in the next few years,” said Alkassoum Maiga, professor and minister of Higher Education, Scientific Research and Innovation in Burkina Faso. “This is the only tool capable of controlling malaria. It is with her that we will be able to save lives”.

A leading independent supplier of e-commerce solutions, we offers a powerful and easy-to-use online store solution for VSEs and SMEs. Thanks to automatic updates and new integrations, our online stores are always up to date with the latest e-commerce trends.